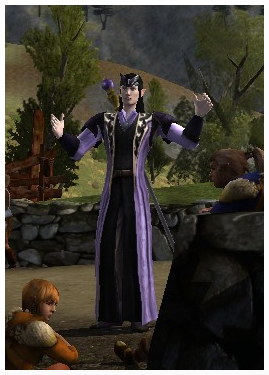 I’m an officer for a progression raiding kin on Brandywine called ‘Play it again’ who aim to recreate the original raiding experience available at each level cap, we do this by only using gear which would have been available at the time of raid release. Currently both my LM Tuilinel and my RK Yaaraen are members of the raid groups so as someone who loves a good cosmetic challenge I create 3 outfits for each character for each raid/area we stop in. now as you can imagine this experience has led to a stockpile of Raid inspired Cosmetics so I suppose it’s time I shared some of them.

Here we have the first of my raid inspired outfits which will be a series on this blog for the foreseeable future. This particular outfit isn’t my best in fact I personally consider it one of my ‘Lazy’ outfits but despite that it does showcase some of the amazing cosmetics which drop in Dunland, every item used in this outfit except the crown are from Dunland quests in fact you can get the some cosmetic skin from multiple quest rewards in Dunland, and even a few drop as teal gear from the Rise of Isengard instance cluster. 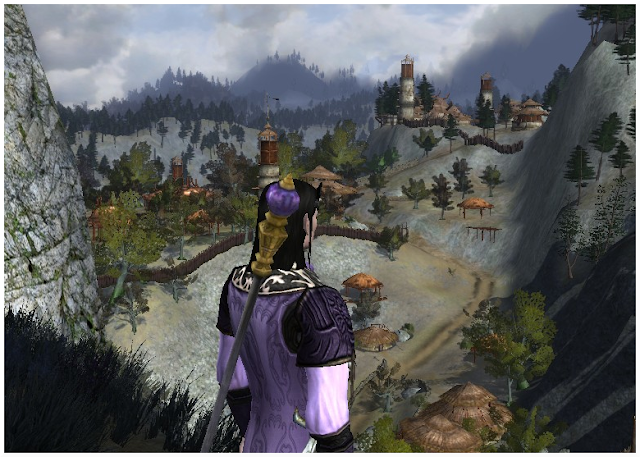 The Aim behind this outfit was to make use of the Dunland Quest gear in order to make a simple outfit which wouldn’t look a miss doing the earlier Rise of Isengard quests or within Draigoch. I did toy with some of the Draigoch gear pieces but they didn’t feel right on my LM who I try to keep out of heavy looking armours in favour for more elegant cloth robes. One added bonus of using this robe was that its super close to the Isengard raid set which I use as a centre piece for another outfit which will be a part of this series. I personally really like outfits which flow into one another, which feel like upgrades or more advanced versions of the same concept. This idea is one I try to capture on all my characters but especially for my Raiding Characters. 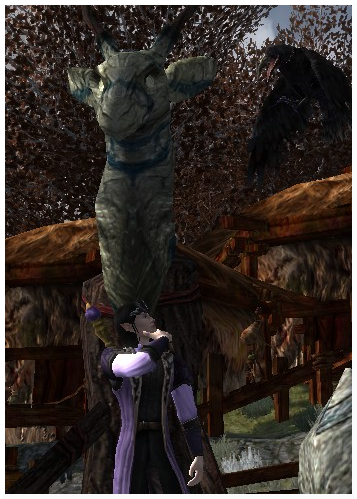 For this cosmetic I was determined to use Lavender dye, as despite it being one of the purple dyes available to me Purple themed LM I hadn’t really ever used it for a chest piece, but I found that Lavender all over made the outfit seem very well blagh, and a lot of the detail was lost in the sea of slightly faded purple-pink so on a whim I decided to dye all the other pieces, heads shoulder etc Violet and see how it turned out, personally I think it turned out pretty well. 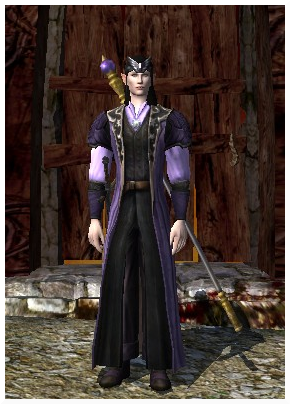 These Gear pieces come from the LM Dunland gear sets and so in Lew of giving the Quests they are attainable from here’s a link to the LOTRO wiki page detailing the different Dunland sets and where the items with those skins can be found, https://lotro-wiki.com/index.php/Dunland_Armor_Sets

Posted by Bumble232 at 12:00
Email ThisBlogThis!Share to TwitterShare to FacebookShare to Pinterest
Labels: Raid inspired, Rise of Isengard, Tuilinel