Chronicler to the Wise 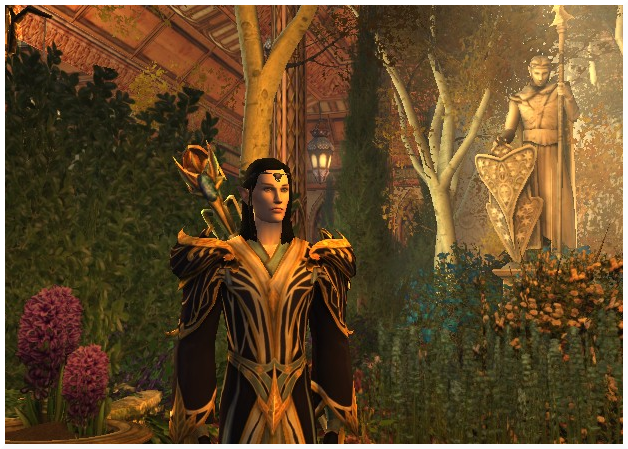 One way I often construct an outfit is by selecting a piece/pieces from a raid set, as the raids of LOTRO,  particularly the earlier raids have unique gear sets for each class. One such raid which to this day happens to have some of the most beautiful gear pieces in the game is Dar Narbugud. And it just so happens perhaps my all-time favourite cosmetic comes from this raid and lucky for me it belongs to the Loremaster set. This particular outfit highlights my beloved Robe of the lady’s Wisdom. 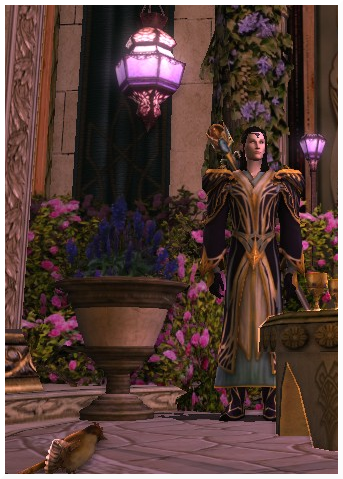 This particular outfit needed to be elven, really elven, like obnoxiously elven because in a way that’s my Tuilinel unapologetically immortal with a good dose of elven superiority and just enough Responsibility to protect the weak (the polite ones at least). And once I got my elven robe of elf-ness I needed to accessorise in any way possible to make it exactly the right amount of too much. 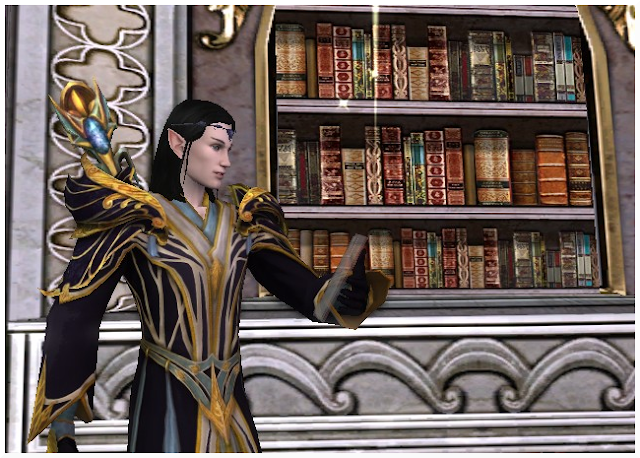 Now I won’t bore you with a detailed timeline of the events from where I first saw the robe of the lady’s Wisdom but let’s just say it was love at first sight and it took far too long for our first date together. And what a messy date it was, originally I wore this robe with nothing but boots but those were my messy teenage days where my cosmetic ability had yet to fully mature and I didn’t even realise how round it made my elf’s shoulders. It wasn’t till about six-months later when I thought the look at the other Dar Narbugud sets which is where I found these miraculously dramatic Shoulder pads and as I’m sure you come to learn I love dramatic shoulder pads. Now insert montage of me grinding DN on my cap lv Loremaster, till finally it was solo able and I was drowning in elf stones it was then I finally got round to making a champion and mithrilling him straight to Lorien from the intro, to finally gain the best most dramatic shoulders I have yet to lay my hands upon. And was it worth it… hopefully. 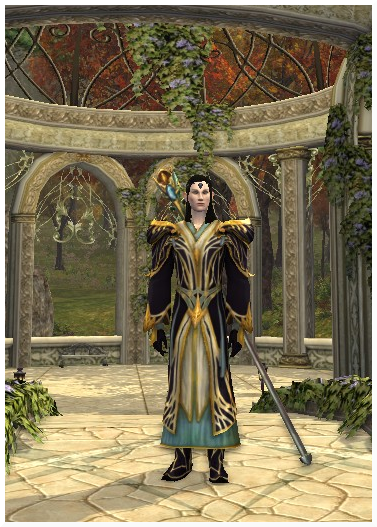 Posted by Bumble232 at 00:00
Email ThisBlogThis!Share to TwitterShare to FacebookShare to Pinterest
Labels: Ornate, Tuilinel