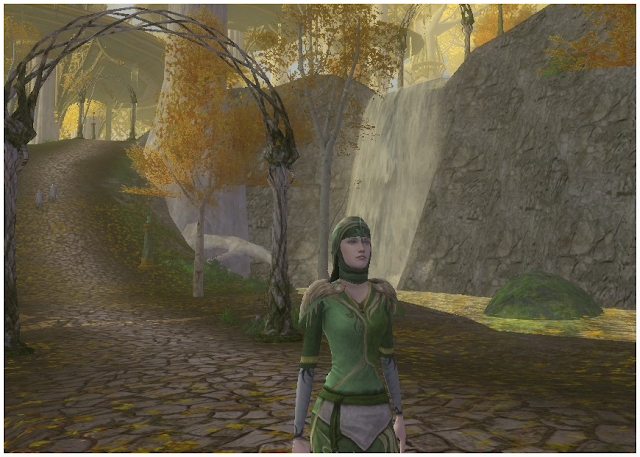 The Rune-keeper class has always intrigued me, not necessarily because of the Lore implications but more down to its gameplay. Yes as someone who’s a lover of the Lore and the stories of Tolkien, going as far to ensure that all my Character names are in the Correct form of Elvish meaning something important to each Character even to the extent that I’ve named my Healing Rune-stone ‘to sooth’, I could talk you into a Wall about how inappropriate/Lore-Breaking/Just wrong the Class is when linked to the Lore but personally I don’t mind, instead the unique approach to DPS and Healing of the RK provides an interesting mechanic that I had to try out. 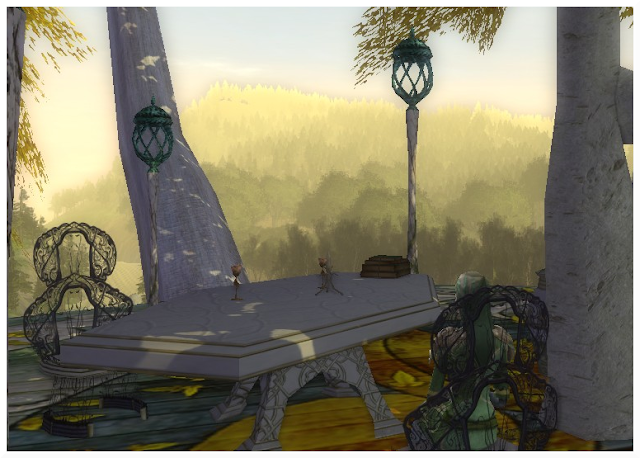 Yaaraen meaning ‘Ancient one’ is a high elf born of a Vanyarin Mother and a Telerin Father during the Years of the trees.  Being of Two kindred’s she often found herself divided between the expectations one or the other, it wasn’t until she found her gifts of healing that she truly found a place, she learned healing in the gardens of Lorien under the Valar Estë. This Harbinger of Peace is my take on what she would have worn while tending her patients. 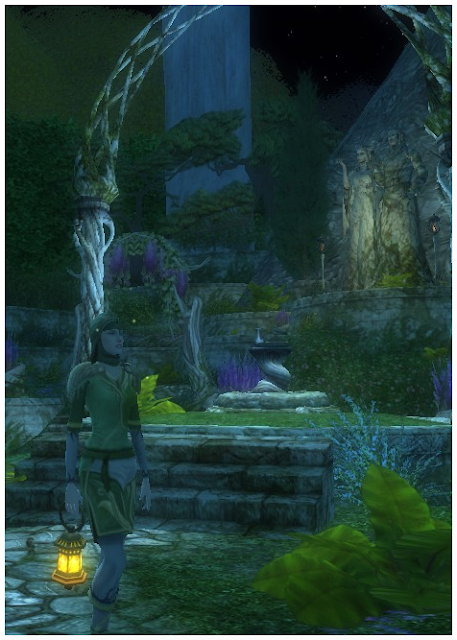 My inspiration behind this outfit actually came from another Blog ‘The Starry mantle’ and their outfit entitled ‘Gwend Nestadren’ (link to the page https://starrymantle.wordpress.com/2012/04/16/gwend-nestadren/) This was the first time I’d seen the Hat of the Concerned Elf and I had to have it, the long veil hiding the hair from view the ornate forehead piece and the fact it dyes oh so well, I had to be mine, unluckily for me my main had long since passed the Great river and my nearest lv was mid 40s but as someone who’s not afraid to give themselves a migraine in search of a pretty outfit so level said mid 40s hunter (Niereil) who hadn’t been touch in about 9 months and yes it was hard but In the end I got my Hat of the Concerned Elf, along with a collection of other rare elven cosmetic from the region that will undoubtedly crop up here time to time.

Originally I wore The Starry mantle’s Gwend Nestadren only in Bullroarer green but the shoulder piece they close didn’t look as good in the paler pastel colour so I simply didn’t use a shoulder piece for a time but soon I noticed I wasn’t wearing this outfit as often as my others and when I did I often swapped out quickly. It lacked something, I’ve always seen Yaaraen as the head of the healers within the Golden wood and without shoulders the outfit felt too simple like a uniform which any Elven healer would wear. It needed shoulders, simple, clean yet flashy shoulders, almost like an Epaulette, The Autumn Leafmail shoulders gave me this desired effect and allowed my Vision to become a reality. 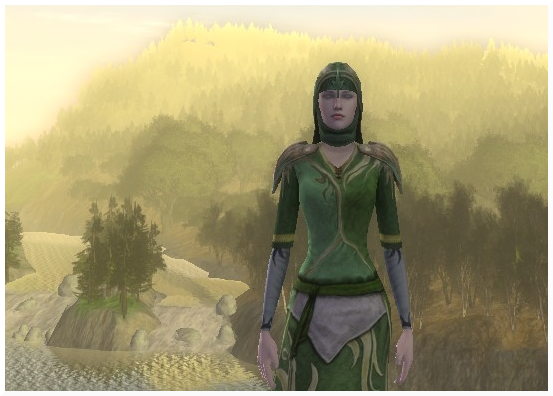 Posted by Bumble232 at 12:56
Email ThisBlogThis!Share to TwitterShare to FacebookShare to Pinterest
Labels: Casual, Yaaraen