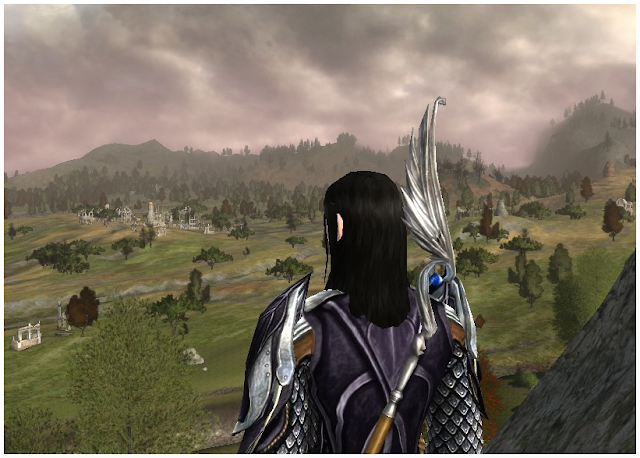 One important part of Tuilinels story was his transition from a Scholar and Advisor to a Defender of the Weak, in his story this takes place in the Mid second age when he leaves the land of Eregion just before the War of the Elves and Sauron, travelling to Lindon to warn the High-King Gil-galad of the Rings being crafted by Celebrimbor and his smiths. Eventually when the War began Tuilinel Crafted himself Armour and Weapons drawing on the skills gained in his youth as an apprentice to Celebrimbor. Since this concept formed in my mind I longed to create an Outfit in LOTRO to represent this, the ‘Guardian of Forgotten Lore’ was my first attempt at this and has become one of my favourite and longest lasting outfits. 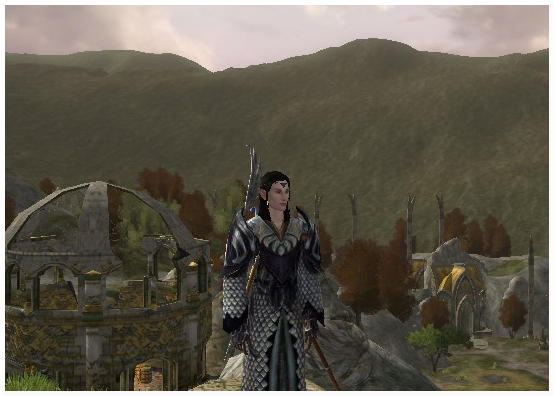 I’m not exactly sure where I first saw the ‘Ancient Inlaid Breastplate’ it may have been some random player who ran past me on Landy or it could have been on a Cosmetic blog but either way I fell in love with it, there was just one small problem, Tuilinel was level 99 and wandering about central Gondor and even worse he had already done Great river in depth reaching Kindred to the Riders of Stangard, meaning he’d done almost all the quests in the region and had likely finished  ‘Banishing the Dishonoured’ so I trawled through my Quest log, but I couldn’t find it so I sped my way to the Rushgore in southern Great river to find this quest, complete it and gain my prize and so I did. 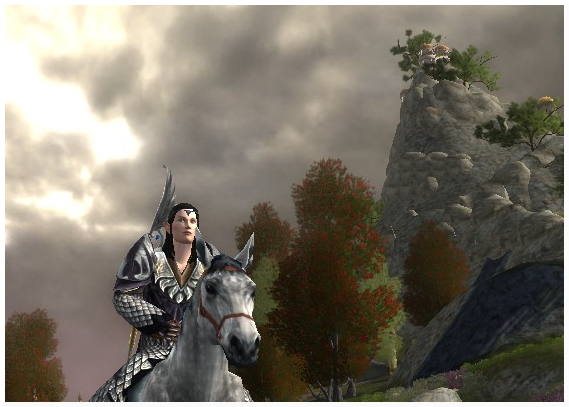 The Chest piece of this outfit is the perhaps my favourite thing about it as it’s the only Armoured Robe currently in the game and its gorgeous leaf-mail design makes it unmistakably elven. This robe along with the shoulders and gloves come from the Great river, a region with a plethora of Elvish cosmetics along with a number of interesting Rohirric designs as well making it one of my favourite hunting ground for cosmetics and I may have levelled a number of alts just to reach Great river and complete quests to get the armour rewards, please don’t judge me. 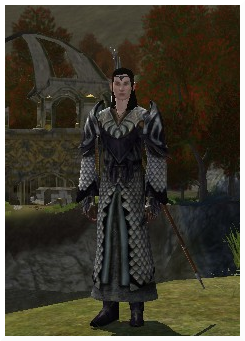 Posted by Bumble232 at 16:50
Email ThisBlogThis!Share to TwitterShare to FacebookShare to Pinterest
Labels: Armour, Tuilinel