Challenger of the White Wizard 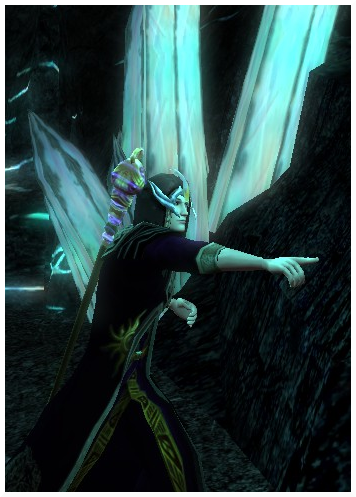 Here we have a continuation of my raid inspired outfit series with this the ‘Challenger of the White Wizard’ a direct successor to last weeks ‘Tutor of Stags’ marking the second stage of Tuilinel’s Rise of Isengard outfit arch.


The Rise of Isengard expansion brought with it some of the best cosmetic in the game and the raid sets certainly don’t disappoint yeh they don’t have the diversity that previous raids gave, and mark the beginning of the Unique Light, Medium, Heavy, armours set rather than Class unique sets of DN but by no means do the Orthanc sets leave me wanting. Their Aesthetic perfectly personifies the oppressive atmosphere that The Tower of Orthanc raid impresses on the Player, making one fell as though your Character is slowly falling under the Spells of Saruman and yet never losing that uniquely Free Peoples feeling LOTRO is so good at instilling into our Characters. 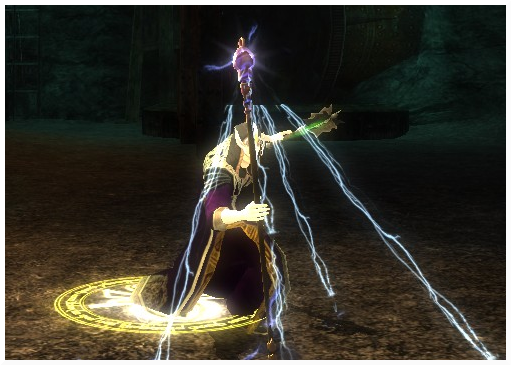 For this outfit I was determined to use pieces of the Orthanc gear sets for this outfit, however one slight problem I encounter was/is the fact I only have Lore-masters at 75 or above so  only had access to the LM gear which lead to me wearing only the LM gear for Shoulders, Chest and Feet, however the outfit felt unfinished without a head piece which is honestly a rare thing for me, I’m not a he fan of Head encasing cosmetics on my elves well at least on Tui I’m in no ways adverse to wearing  a delicate tiara or glimmering crown which conveniently hold his long flowing hair out of his face in the heat of battle but for whatever reason my go to crowns and Tiaras didn’t do it for this outfit. 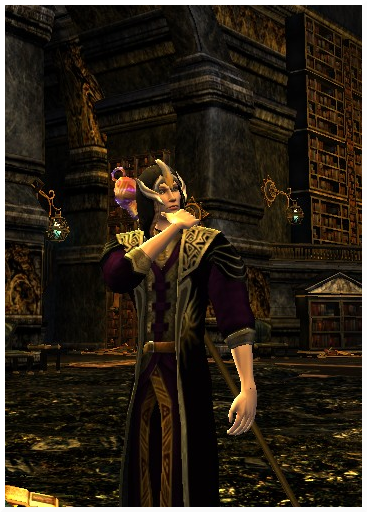 But like it often does inspiration struck me at a inopportune time, while waiting for a kinnie to Log on to do some Tier 2 Dargnákh Unleashed in search of Iúlin the Tact Mit necklace (https://lotro-wiki.com/index.php/Item%3AI%C3%BAlin) and helping another kinnie with their own Cosmetic Conundrum which just so happened to be finding a head piece I was trolling through my Wardrobe and mind for something to suit them when suddenly I stumbled across the DN Warden helm which I had long considered pretty but temperamental when it came to Dye cover, some colours were fine the purples were not so… I forgot it existed; however in black let’s just say it really came into its own. So fast forward the Server swapping for dyes then to my unused Warden then back to brandy with my Shared Storage in tow where my Kinnies both now online had ‘patiently’ waited to be graced by my masterpiece greeted me with a “that’s nice, open the instance now” I guess they didn’t appreciate my excellent choice of head gear. 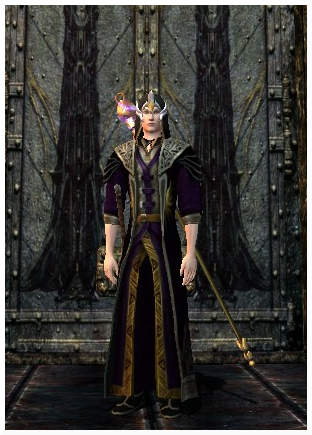 Feet: The Ancient Master's Shoes (Exchanged for marks by Angwun at the Ox-clan Merchant Camp, Default)

Main hand: Lv Staff of the Third age (Melded for at a Relic master using Shards)
Off hand: Star Mace (drops in a boss chest in The Rift of Nûrz Ghâshu)

Posted by Bumble232 at 19:33
Email ThisBlogThis!Share to TwitterShare to FacebookShare to Pinterest
Labels: Raid inspired, Rise of Isengard, Tuilinel